Mickey Harrington—IBEW 1245 member, business representative, political activist—died May 28 at the age of 74. From his IBEW initiation in March of 1960 to his final campaign for State Assembly in 2010, you could never doubt this: Mickey gave a damn.

“Friday night he’d get a call from Bakersfield, there’s a problem down there, and he’s heading to Bakersfield,” said the late IBEW 1245 President Leland Thomas Jr., in 1999, the year Mickey retired. In the early years, Mickey served as a business rep for GC members, said Thomas, an assignment that could take you from one end of the state to the other.

“And I remember Ron (Weakley) and Mitch (Mitchell) saying, ‘Hey, you don’t have to do that, you can wait ’til Monday morning and go down there. You go home.'” But Harrington wouldn’t listen.

“He would go down there anyway, he was that kind of guy, had to get involved in it,” said Thomas.

“I shared a unit meeting with Mickey in Burney years ago and it was clear that he was well thought of by the membership,” Thomas said.

“For 50 years he threw himself into this union, into the labor movement, and other progressive causes,” said Business Manager Tom Dalzell. “He really embodied the fundamental principles of trade unionism. He made a big mark.” Mickey at work, back in the day.

Mickey was recruited as a shop steward in the early 1960s by John Shuringa, whom Mickey once described as a role model. By 1966 Mickey was active in the General Construction joint grievance committee, and by 1968 he’d won election to the IBEW 1245 Executive Board. Business Manager Ron Weakley, the union’s founder, brought Mickey onto the union staff a few months later.

His first assignment was PG&E General Construction. This was still several years before IBEW 1245 negotiated a union security clause at PG&E, which meant that you had to sign up members one by one. Mickey traveled from camp to camp, place to place, signing people up.

In 1971, following the retirement of Weakley, Mickey returned to PG&E, but remained deeply involved in union activities. He served on the GC Line of Progression and GC Equipment Committees, and also served as a GC shop steward.

Fortier put it this way: In those early years, “There was no union in the Gas Department, GC, except Mickey. He was the union. He was sort of a legend.”

In addition to his work as a steward, Mickey won a union-wide election to become IBEW 1245’s Recording Secretary, while also serving his local unit as vice chair and then chair. He prided himself on being a good listener. When a member came to you for help, he once said, “Sometimes you could do something, sometimes you couldn’t, but people felt better if they could unload on you.”

Mickey believed it was important to be involved in union affairs beyond IBEW 1245 and he had a knack for finding his way to the middle of the action. He was a delegate to every California Labor Federation convention from 1985 to 2010, where political candidates are endorsed, and IBEW 1245 members elected him as a delegate to every IBEW International Convention from 1974 through 2006.

Mickey retired from the IBEW 1245 staff in 1999, but there was no way he was going to slip quietly off stage. He served as president of the Butte-Glenn Central Labor Council from 1997 right up to his death. And he dreamed of winning a seat in the California Assembly. He repeatedly gained the Democratic nomination in the heavily-Republican District 3—only to be trounced in the general election.

Didn’t matter. The next election cycle he’d be back with a new analysis of why this time he had a better chance of victory. His best showing was in 2008, when he won a respectable 44% of the vote, the best performance by a Democrat in that district in many years. In 2010, his last campaign, he finished second in a 3-man race.

For Mickey, retirement was a simple proposition. It was a way for him to “spend more time getting people organized for phone banks,” he once said.

Mickey was preceded in death by his wife, Joanie, who has been described as “Mickey’s strength” and was a fixture at the many meetings he attended. Ray Thomas remembers talking with her in the parking lot before unit meetings, where she passed the time crocheting or reading a book.

“They loved traveling together when they could, I’ve always admired that,” said Thomas.

How do you explain someone like Mickey Harrington, who spent so much of his life staying involved, trying to help others? Fortier, the former Business Rep, put it this way back in 1999 as Mickey was preparing to retire:

“He’s on a crusade. I don’t know what it is. Sometimes I’m not so sure he does. The little man inside speaks to him, he marches. He has heart, he has soul, a special person.” 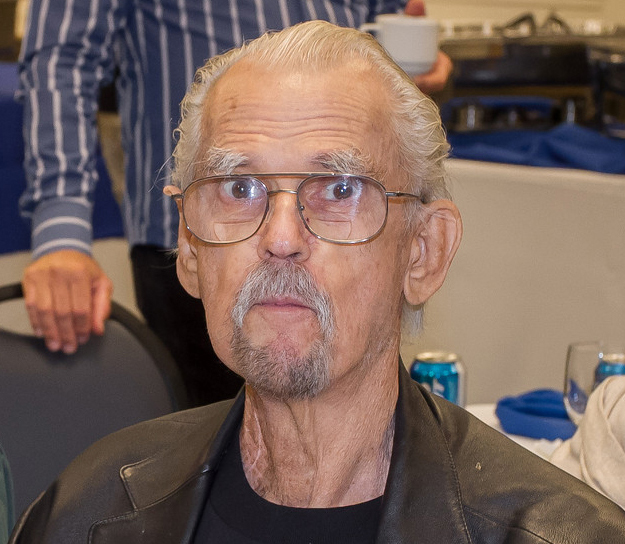 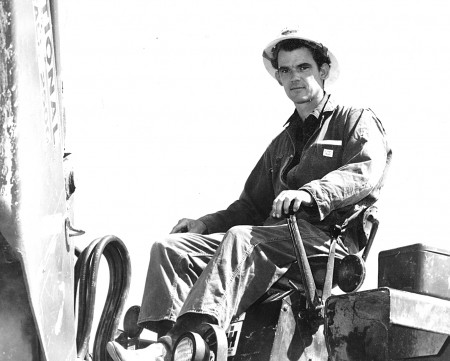 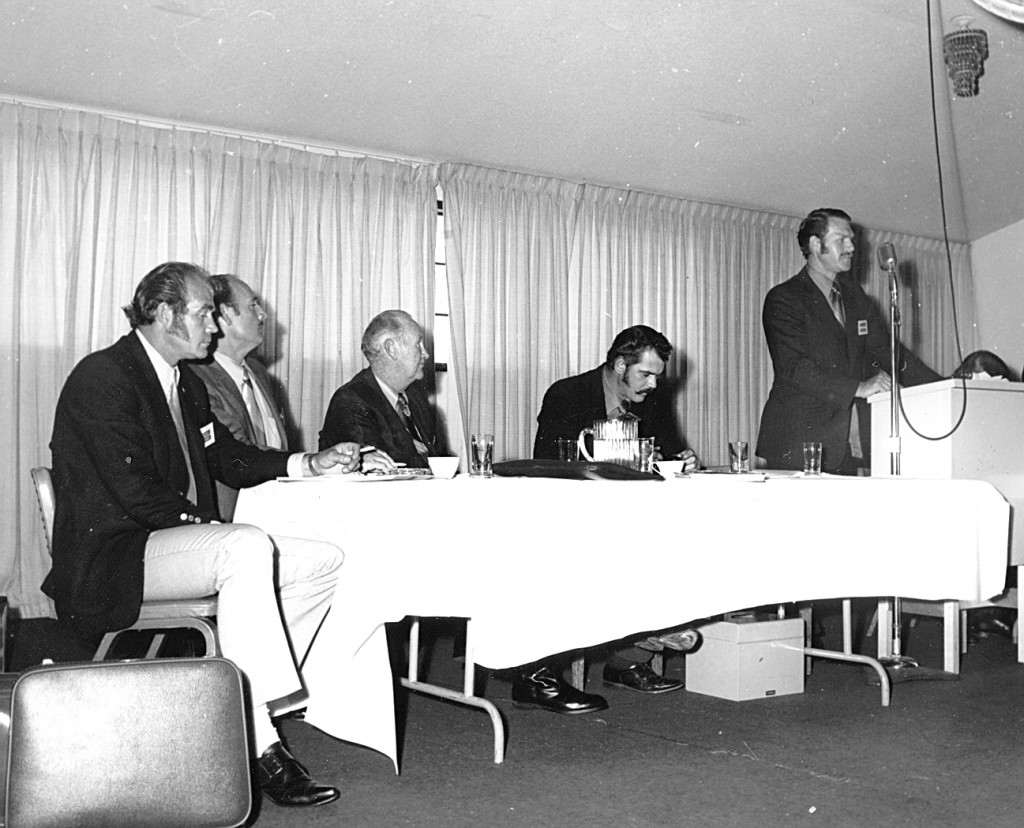 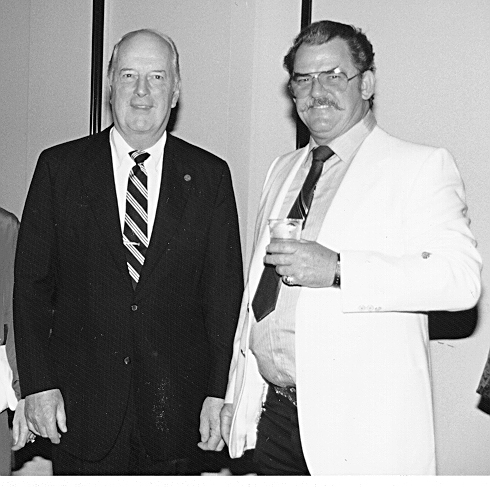 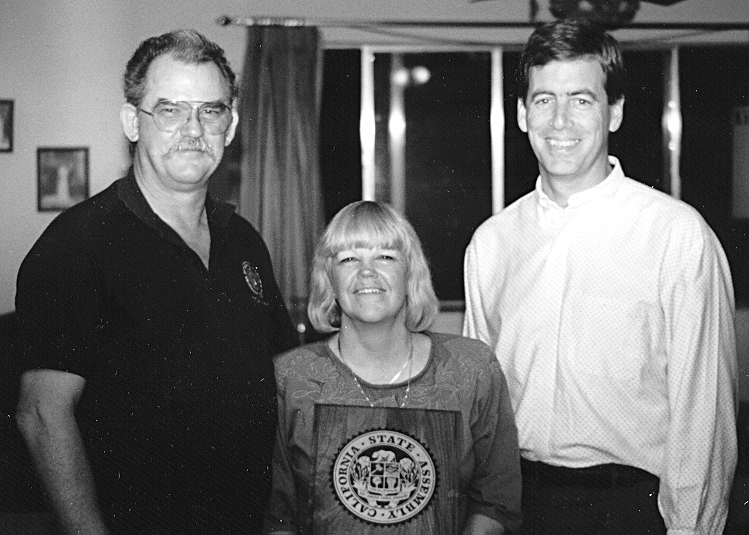 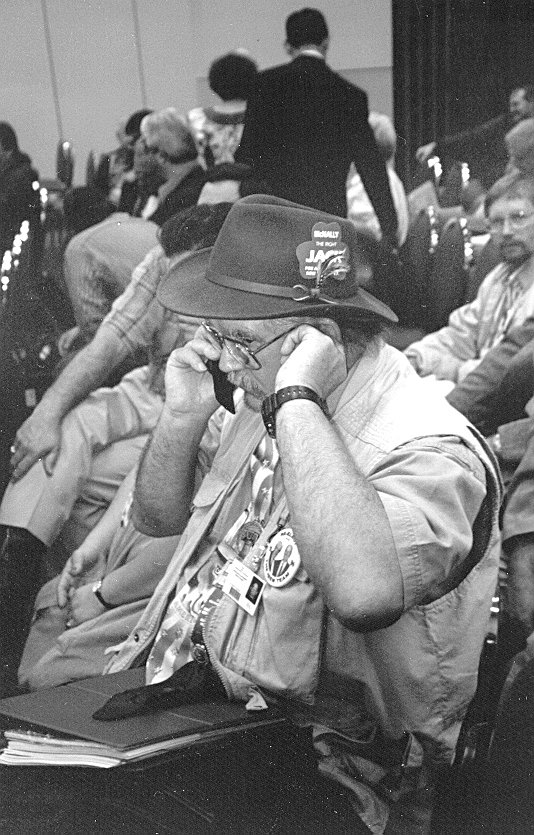 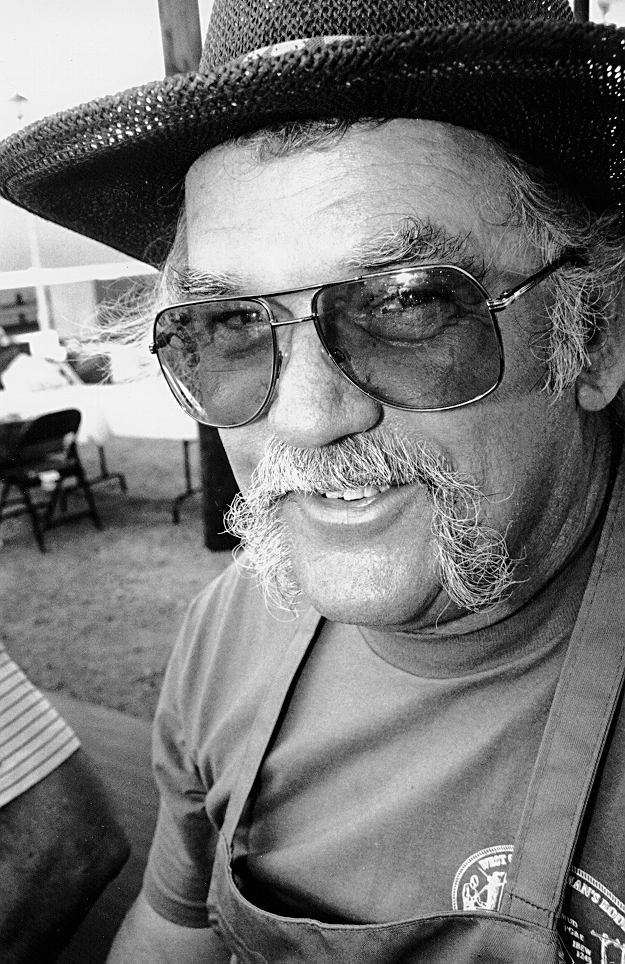 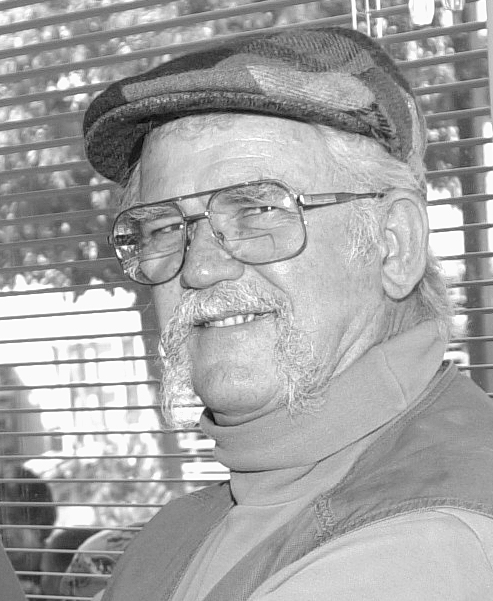 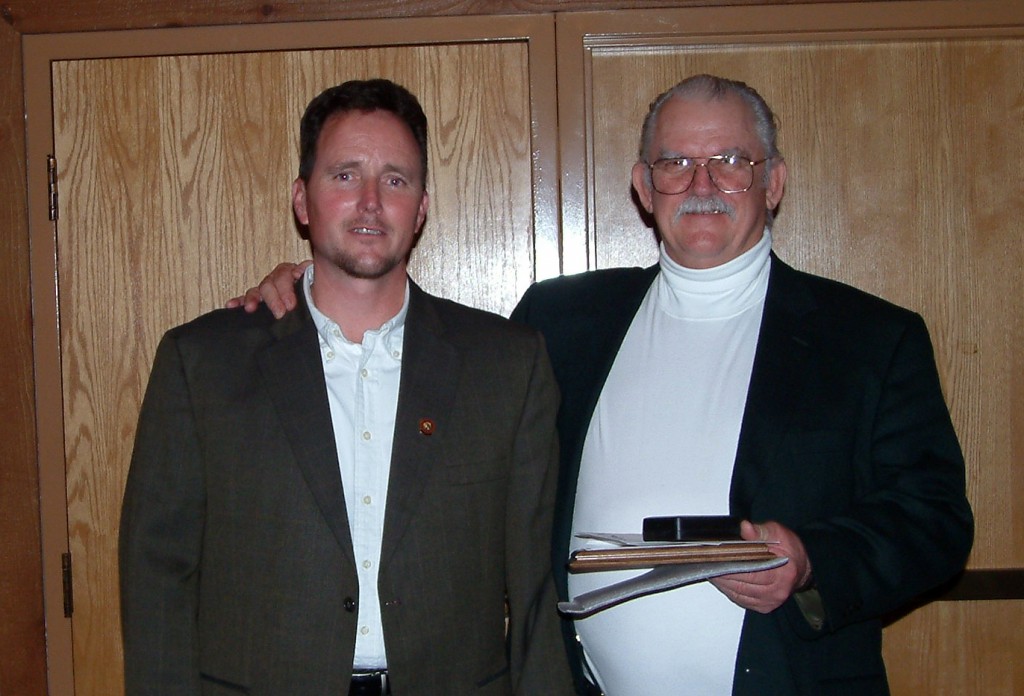 <
►
>
Mickey at an Advisory Council meeting in 2013, calling out his trademark introduction of his later years: Mickey Harrington, President Butte-Glenn Central Labor Council