Volunteerism is a big part of the culture at IBEW, and that’s largely thanks to the union leaders and member-activists who don’t shy away from rolling up their sleeves in order to help those in need. Last month, IBEW 1245’s Executive Board and Advisory Council decided to double down their commitment to the less fortunate by vowing to participate in a community-based volunteer activity at the beginning of every Board/Council meeting.

“Whenever we go to the IBEW Electrical Workers Minority Caucus [conference], the first day is always dedicated to volunteer work,” said IBEW 1245 Executive Board member Art Freitas. “Everyone from the IBEW goes out into whatever community we’re meeting in [to give back]. It makes you feel so fulfilled; you really feel good about doing a day’s work to help somebody else.”

Freitas decided to bring it up at IBEW 1245’s April Executive Board meeting.

“I asked, ‘Why are we only doing this when we go to these conferences? We should be doing that for all our meetings!’ So as an E-Board, we decided, let’s do it for all of the local’s meetings, too.”

They launched the effort on the day before the April 26 Advisory Council meeting, dedicating the afternoon to sorting and bagging produce at the Food Bank of Contra Costa and Solano, which serves nearly 150,000 hungry people in need every month. The Food Bank distributes the veggies directly to needy families in “food deserts” so they can have healthy meals, and the Bank also provides food assistance through a network of 180 shelters, soup kitchens and charitable agencies.

“I like to do my part and get involved in community, and representing IBEW means a lot to me,” Advisory Council member Rachel Ramirez-Hill said as she took a break from bagging carrots. “I think [the volunteer effort] is a good thing; it gets our name out there and shows that we do give back to our community.”

The grants coordinator at the Food Bank, Neil Zarchin, agrees. A retired Letter Carrier, Neil first got involved in hunger issues through his union’s annual “Stamp Out Hunger” food drive, the largest one-day food collection effort in the United States. When he retired from the Post Office, he dedicated his time to the Food Bank.

“I want to express my appreciation on a number of levels,” he told the IBEW volunteers. “I’m so glad to see the unions involved in this issue, because you guys really get it. This program wouldn’t work without the thousands of volunteers like you. There just aren’t words to say thank you enough.”

The Executive Board and Advisory Council are planning on holding similar types of volunteer activities in conjunction with all their future meetings, and they’re encouraging other IBEW groups and units to do the same.

The union is also encouraging all members to participate in the National Association of Letter Carriers’ “Stamp Out Hunger” food drive on May 10. Simply leave a bag of non-perishable grocery items next to your mailbox that morning, and your letter carrier will pick it up and donate it to a food bank, shelter or pantry in your community. Learn more at //www.nalc.org/commun/foodrive/index.html.

To support the Food Bank of Contra Costa and Solano, visit www.foodbankccs.org. 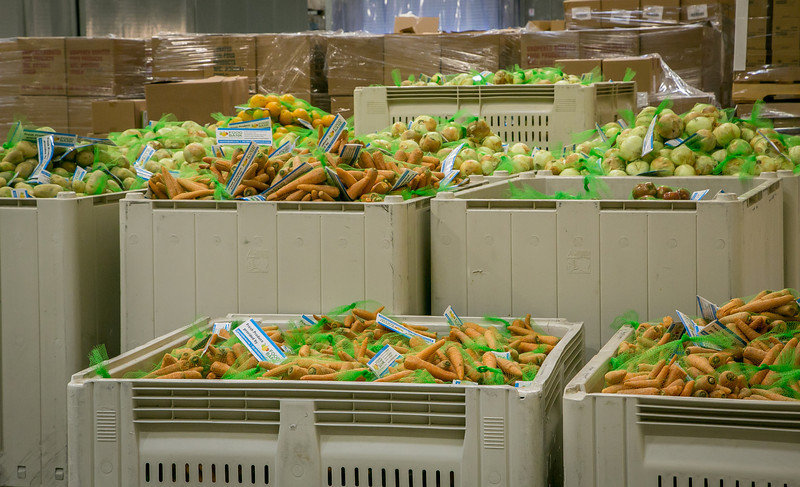 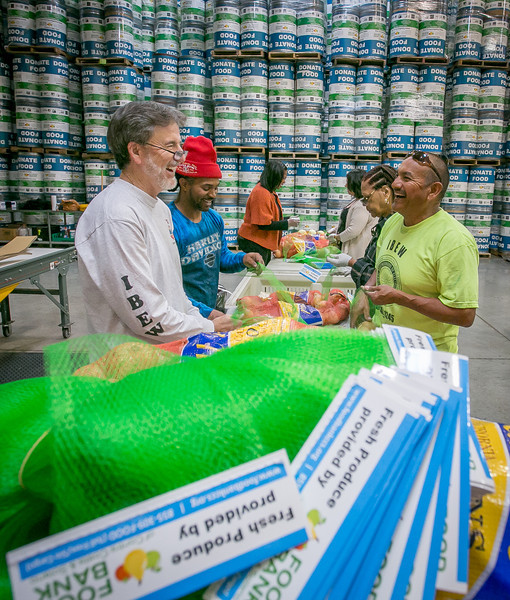 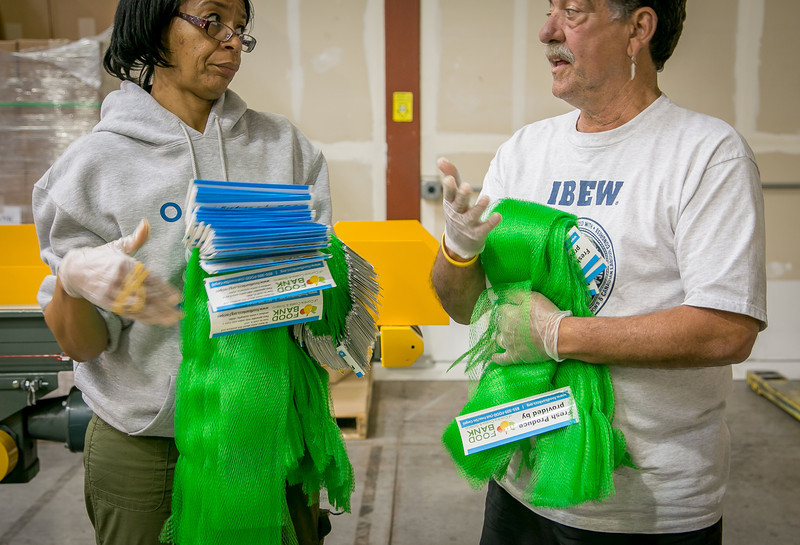 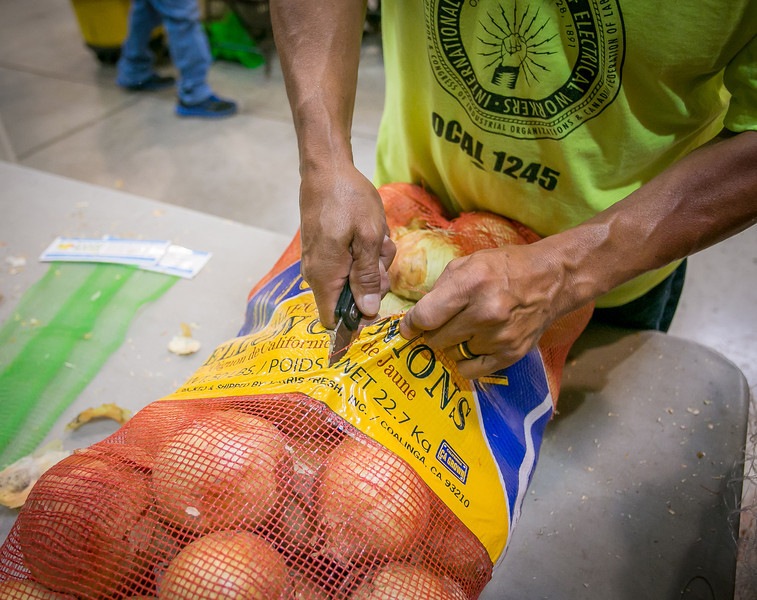 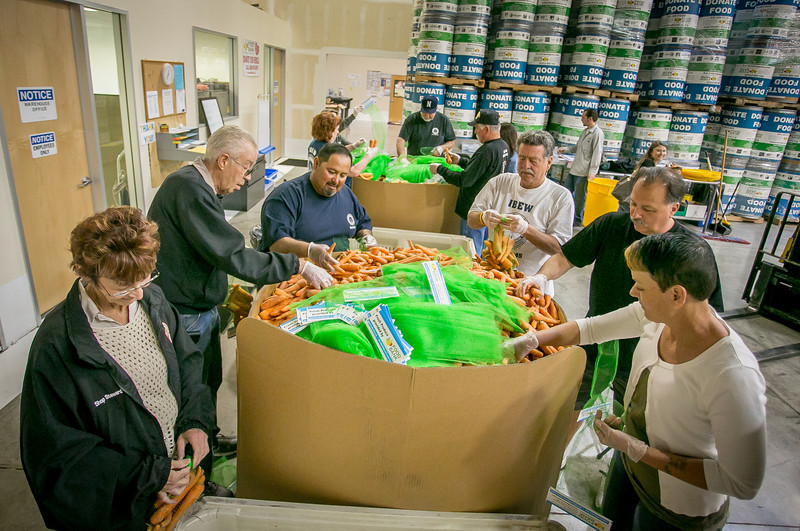 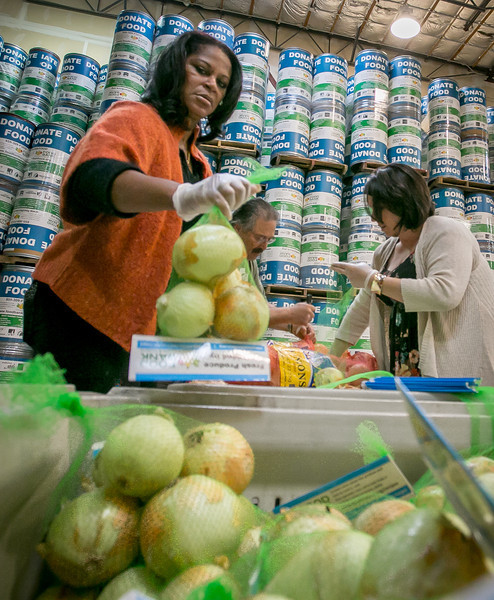 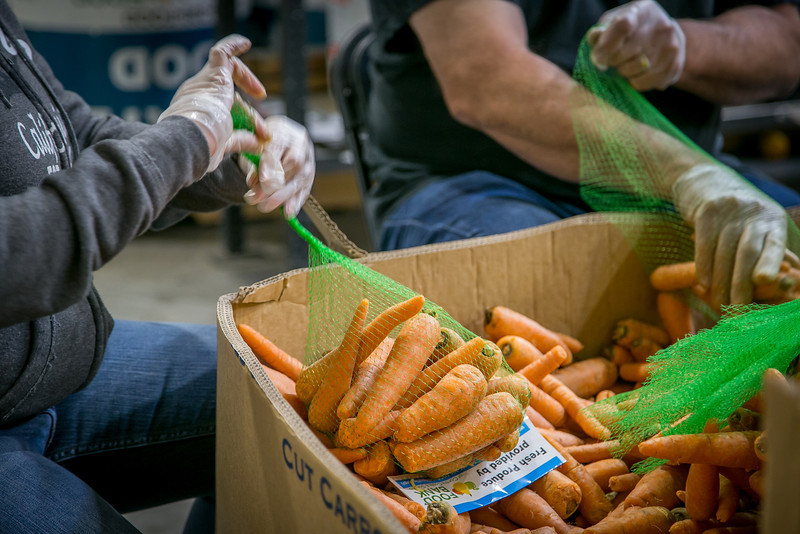 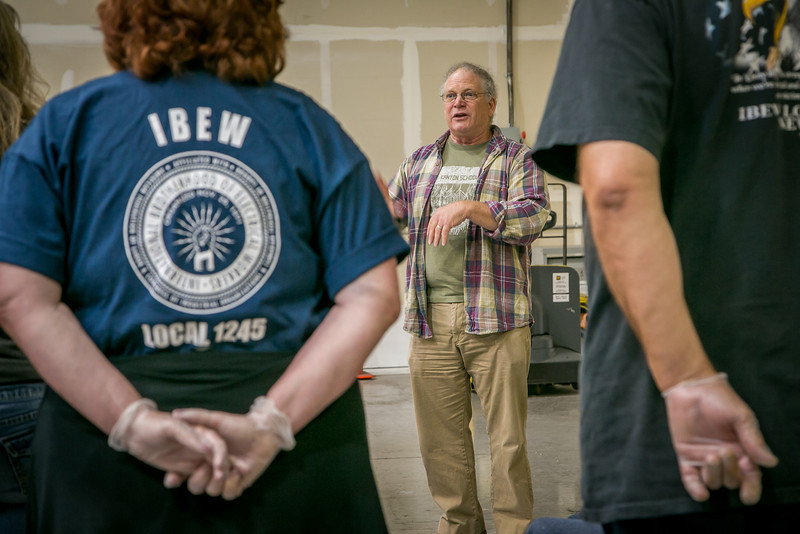 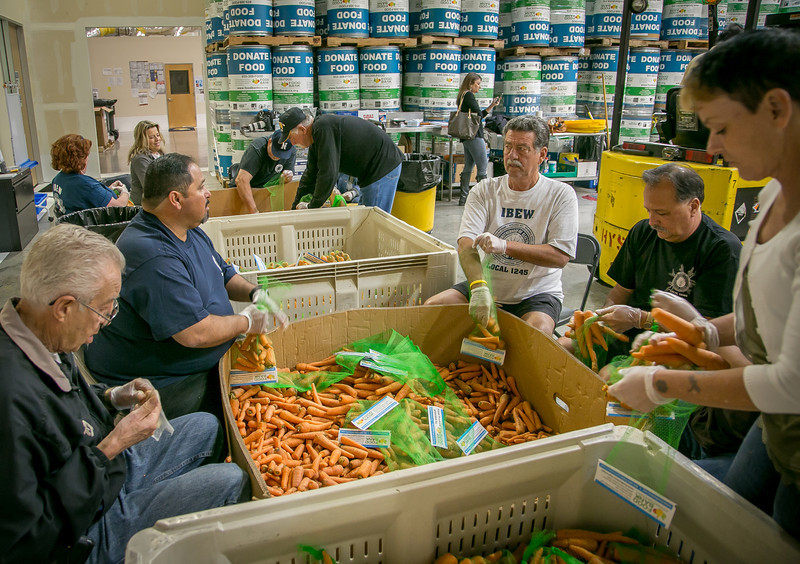 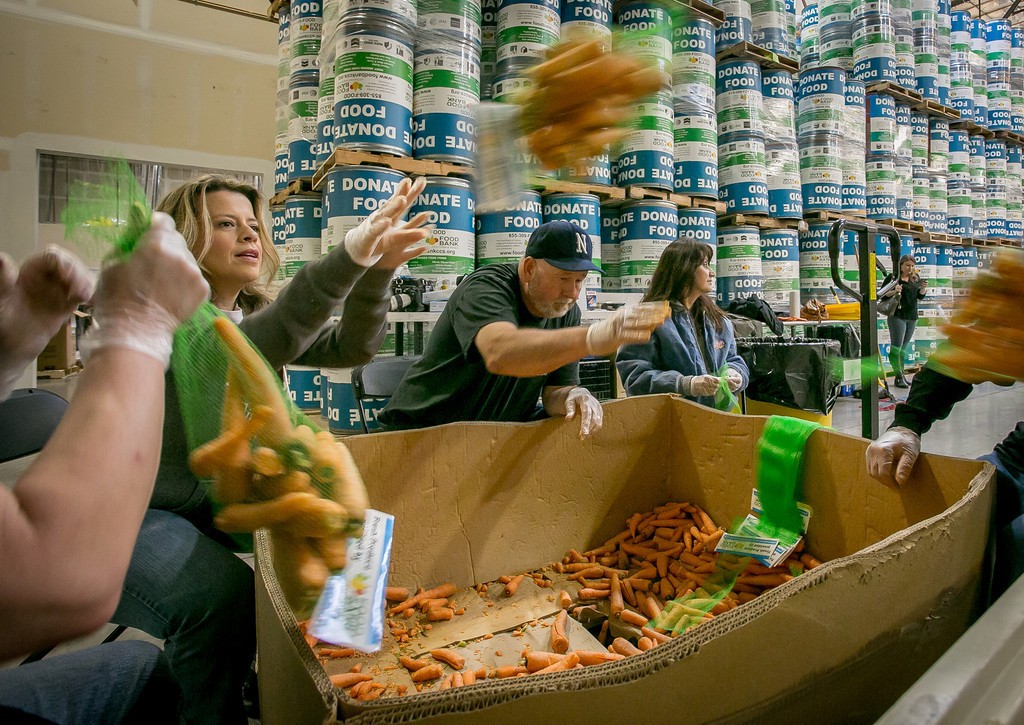 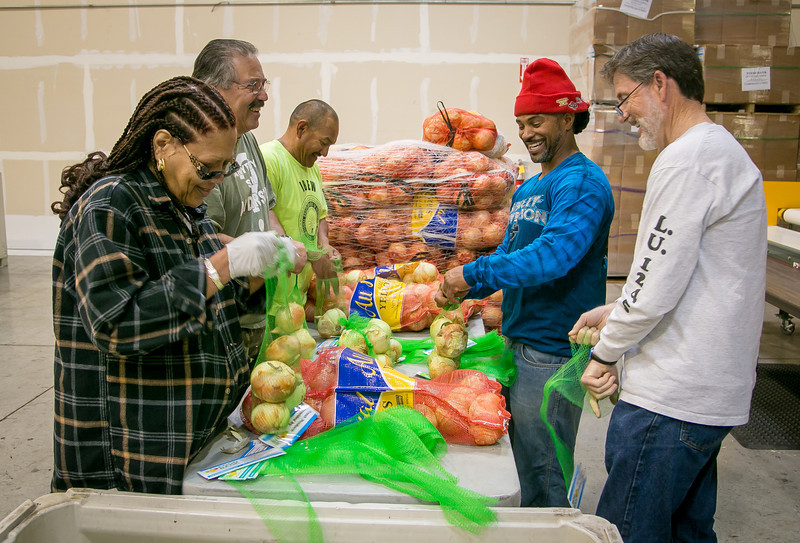 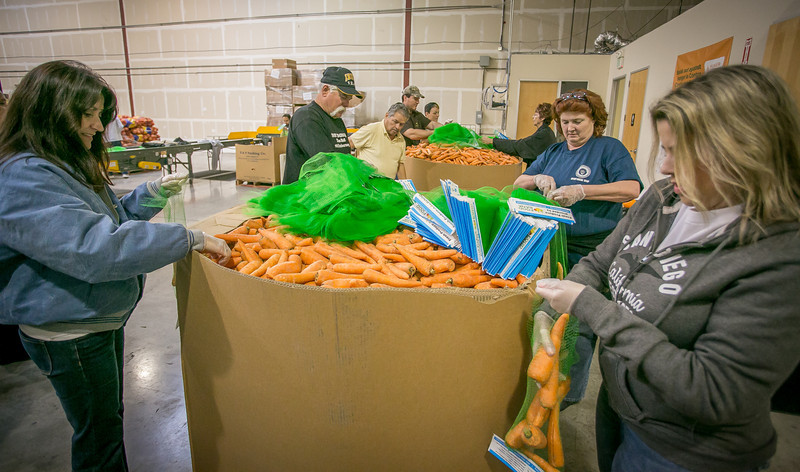 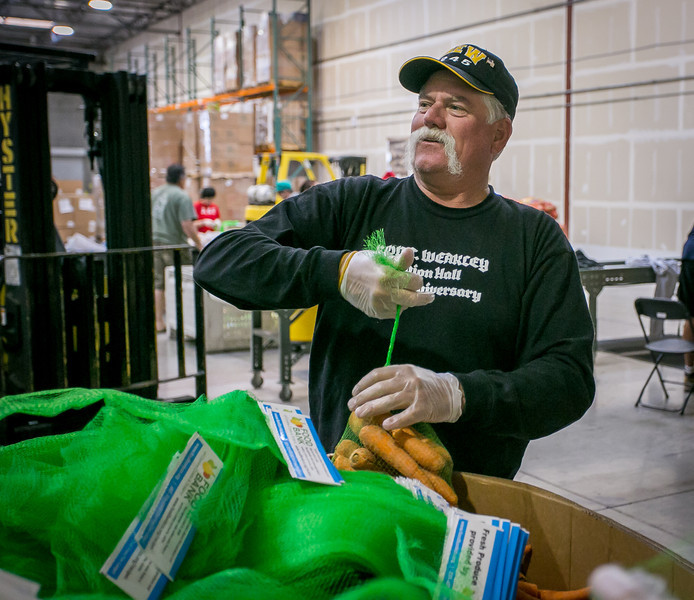 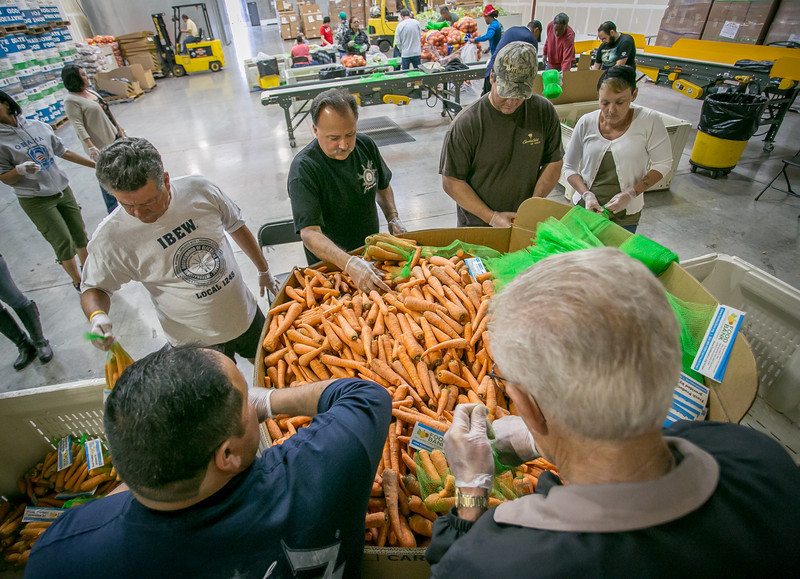 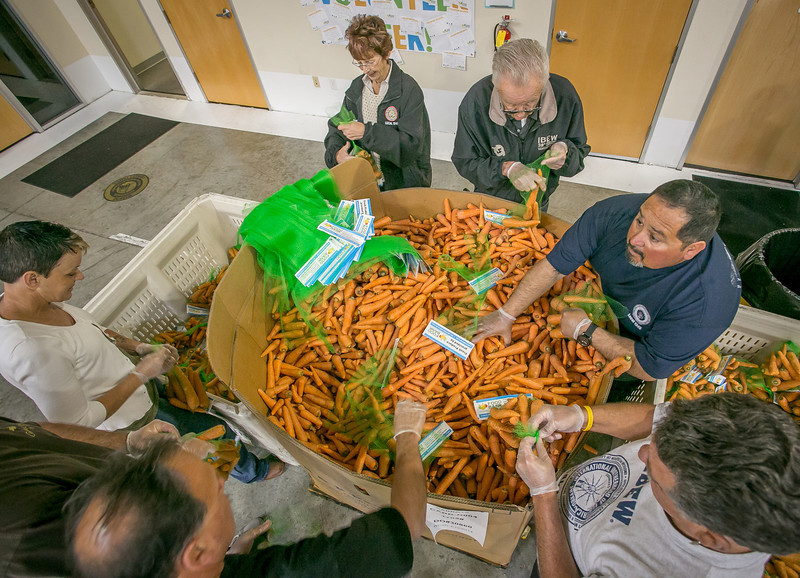