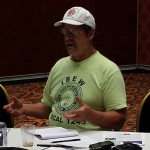 Retiree leaders from Nevada and California came together last week to discuss new ways to build up and improve IBEW 1245’s retiree program. IBEW retiree group leaders and representatives from the California Alliance of Retired Americans (CARA) and the Nevada Alliance for Retired Americans (NARA) met in Reno for a brainstorming session that they hope will… [Read More]

//youtu.be/hhDJNuSZzOc   This trailer is a brief synopsis of a 60-minute educational video on preventing investment fraud developed by the FINRA Investor Education Foundation in partnership with AARP. To request a free copy of the 60-minute video, visit //www.saveandinvest.org or call (866) 973-4672. 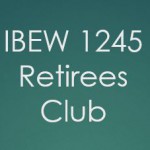 The Yerington Chapter of the IBEW 1245 Retirees Club presented checks in the amount of $250 each to the Soroptimist Club and Walker River Youth Baseball for their services to the community of Yerington. The donations were made from the IBEW 1245 Community Fund. The Yerington Soroptimist holds a “Bunko Tournament” fund raiser annually for breast… [Read More] 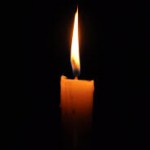 The following e-mail was sent by Tom Bird, announcing the death of Evelyn Kelly: On April 28, while a good number of us were in Las Vegas at the ARA National Convention our good friend Evelyn Kelly passed away. Evelyn Stiteler Kelly was born in New York City on June 11,  1930. Evelyn always supported… [Read More]

The Republican-led House of Representatives voted 219-205 on April 10 to approve a 2015 budget plan unveiled last week by Rep. Paul Ryan (R-WI), Chairman of the House Budget Committee. Ryan’s plan would make sharp cuts to Medicare, as well as other domestic programs such as Medicaid and food stamps, while lowering taxes for… [Read More] 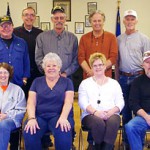 Members of the Reno/Sparks Chapter of the IBEW 1245 Retirees Club are keeping a close eye on the new regime at their old employer. Seventeen Nevada retirees met with IBEW 1245 Business Rep Pat Waite and Organizers Fred Ross and Eileen Purcell on March 13 to get updates on the acquisition of NV Energy by… [Read More] 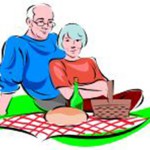