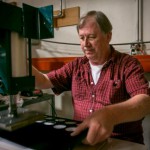 article by Rebecca Band photos by John Storey What do the California Academy of Sciences, Ross retail stores, the Alpha Omega Winery, St Teresa’s Church and the new BART station in San Bruno have in common? They’re all a little more inviting thanks to high-quality, sustainable lighting designed and assembled by IBEW 1245 members at… [Read More]

After 9 days of bargaining, IBEW 1245 reached an agreement with Lockheed Martin on April 8th, and the membership voted and approved the agreement on April 17th. IBEW 1245 members at Lockheed Martin will receive a 3% lump sum of their last year’s earnings, as well as lump sum  payments of $1500.00 for the first, second… [Read More] 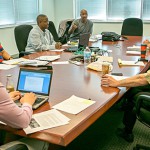 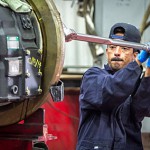 Story by Eric Wolfe, Photos by John Storey When a San Francisco Muni vehicle is damaged in an accident, it is shrink-wrapped in plastic, loaded onto a flatbed truck, and taken to the doctor. OK, maybe not a real doctor. But the IBEW 1245 members working for AnsaldoBreda Inc. in Pittsburg, CA are the experts… [Read More]

Todd Shiels has been appointed to the IBEW 1245 Advisory Council to represent the manufacturing sector. Shiels, 41, works for Lockheed Martin Space Systems, one of the nine manufacturing companies now represented by IBEW 1245 after the merger with IBEW 2131. Congratulations Brother Shiels!

The negotiating committee for the new IBEW 1245 bargaining unit at Sunoptics met across the table from management for the first time on Feb. 18. The two sides exchanged proposals on non-economic issues, according to Business Rep. Cruz Serna. Economic issues, as is usually the case, will be addressed last. The union committee plans to… [Read More] 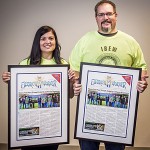 Sunoptics employees were congratulated at the IBEW 1245 Advisory Council on Feb. 1 for their courageous and successful campaign to organize a union. “They were dealing with major issues: lack of respect, safety, shift changes” and some bad managers, IBEW Organizer Jennifer Gray told the Advisory Council. “This is an amazing group. They circulated authorization… [Read More] 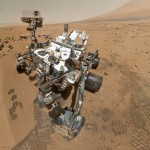