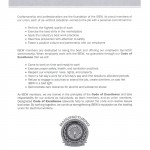 During March and April the IBEW presented IBEW Code of Excellence training to our Manufacturing membership. IBEW 9th District International Representative Charlie Randall opened the training sessions by welcoming our members and stressing the importance of the covenants of the  IBEW Manufacturing Code of Excellence. Education Department International Representative Tracy Prezeau did an excellent job… [Read More] 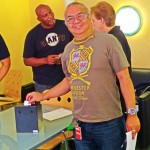 The IBEW 1245 members employed at Eaton-Cooper Lighting voted to approve a new contract on October 24, 2014.   The terms of the new agreement went into effect on November 1, 2014 and will remain active until October 31, 2017. Highlights include A $1,500.00 lump sum payment paid out one week after ratification A .50 cent… [Read More]

IBEW 1245  ratified a one-year contract with Advance Carbon Products on November 25. ACP has been producing carbon brushes and mechanical graphite products since 1956.  The members voted to ratify the contract with a vote of 14-1. For these members, maintaining their health care plan was a top priority. The company had originally proposed a 25/75 split… [Read More] 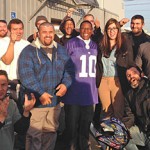 At Sacramento-based company Sunoptics, employees craft products that are ahead of their time – high-tech skylights that can help replace most electric lighting with natural sunlight for offices and homes. Companies from Coca-Cola and Siemens to local school districts and police departments are using the systems to cut energy bills, slash carbon emissions and reduce… [Read More]

After several months at the bargaining table, IBEW 1245 members at Sunoptics have succeeded in securing their very first union contract. The workers voted on Sept. 9 to approve the new two-year contract, which contains long-overdue wage increases, lump sum payments and many new and improved benefits that the workers have never had before. Most… [Read More] 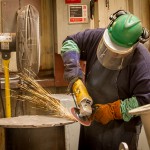 Article by Rebecca Band Photos by John Storey When a power line goes down in a storm or some other emergency, IBEW 1245 linemen are out there in an instant. But what happens when an entire substation goes down? That’s when you call Delta Star, the country’s premier and sole manufacturer of mobile substations and mobile… [Read More] 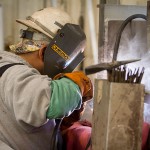 The U.S. manufacturing sector expanded more strongly than expected in June, with the rate of growth advancing to the highest level in more than four years, according to an industry report released on June 23. The gain of 600,000 manufacturing jobs over the past four years, for a total of 12 million, has led some… [Read More]

Manufacturing workers and IBEW 1245 members at Delta Star  are proving that when working people stand together, they can make a difference for themselves and their fellow workers. Break room upgrade. The 150 employees at Delta Star’s San Carlos facility have had access to just one refrigerator in their break room; it’s decades-old and quite small. The workers… [Read More]

IBEW 1245 manufacturing members employed at Trayer Engineering Corp in San Francisco voted and passed a new agreement on June 16.  The agreement provides workers at Trayer with a guaranteed 2% increase in base pay effective June 30, 2014, another 2% increase in base pay by June 30, 2015 and a $500.00 lump sum payment in their next paycheck… [Read More] 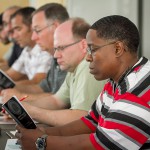